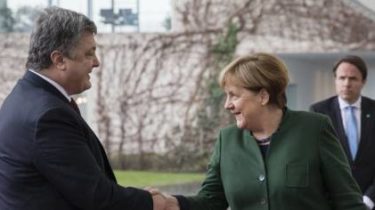 This was announced by foreign Minister Pavlo Klimkin today, may 15, reporters in Brussels, reports UNIAN.

“The talks will focus on three fundamentally important issues. The first is how to work together in order to put pressure on Russia so she did what had to perform in the Donbass, to perform the logic that divides us,” – said Klimkin.

Telephone conversation with Putin and a second term presidency, Poroshenko gave the answers

Klimkin added that refers to the level of safety that is required for the return of Donbas to a normal life, only to start the transition process of reintegration of Donbass”.

“This is possible only when Russian regular troops, mercenaries and weapons come from the territory of Ukraine, and those gangs that exist there, will be disarmed, and the international community will be with us to control the situation. The logic how it will happen, very important,” – said the Minister.

Other issues discussed at the talks, according to the head of the Ukrainian foreign Ministry, will be the European choice of Ukraine visa-free regime, “the Association and the next steps.”

“The third thing is the help of Germany to our reforms. These three main areas will be the emphasis,” – said Klimkin.

We will remind, on may 14 at a press conference Poroshenko said that next week will visit Berlin for talks with German Chancellor regarding the preparation of the meeting in “Norman format”.