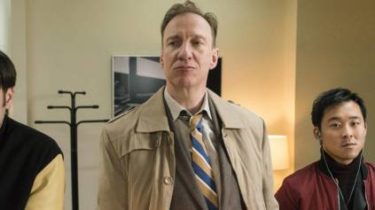 Russian “First channel” in the translation of the third season of the American TV series “Fargo” has been removed from the screenplay mentions of Russia and President Vladimir Putin.

About it writes the edition “jellyfish”.

“I saw the piano and played”. Putin worked in the residence of the head of China

In the second series (45:45) remark about the merits of authoritarian method of governance is:

Original: Yes, you can still find some relative stability in the brutal nation states: North Korea, Putin’s done some great things with Russia.You just have to know which palms to grease.

Literally: Yes, in the brutal regimes you can still find relative stability in North Korea, in Russia, Putin is also well done. You just need to know who to give the paw.

The first channel: the relative stability exists only in totalitarian States. In North Korea, for example, where we only need to know exactly who owes them a favor.

In the fourth episode Ukrainian Yuriy Hurka says (12:45) on the childhood of Putin and the characteristics of the word “truth” in the Russian language.

Original: When Putin was a boy, he already knew he wanted to be FSB. He lived in the well, kept a photo of Berzhin by his bed. Berzhin, who squats in 1920 dirt, gives birth of GRU, later the KGB. Godfather. And this boy, Putin, he learns sambo, rules the the school yard by his fist. You see, in Russia, there are two words for truth. “Pravda” is man’s truth. “Istina” is God’s truth. But there is also “nepravda”, untruth. And this is the weapon the leader uses. Because he knows what they don’t. The truth is whatever he says it is.

Literally: Putin since childhood dreamed of working in the FSB. He lived in poverty, she had kept a portrait of Berzin. Berzin went through 20 years, created the GRU and then the KGB. For him, he is the godfather. As a boy Putin went on Sambo became the master of the schoolyard. Understand that in Russia there are two different concepts of truth. The truth is for people, truth defines God. But there are still nepravda, that is a lie. It was her leader uses as a weapon. Because he knows things others don’t know. The truth is what he says.

The first channel: the Boy from childhood dreamed of becoming a spy. He lived in a communal flat, kept on the nightstand portrait Berzin. Berzin — who in 1923 created the GRU, the KGB and later the godfather. The boy soon went on Sambo and became the terror of the schoolyard. You see, in each language, the two words “truth”. Truth is truth people, the truth is God’s truth. But there is a lie is a lie. And this weapon, because someone knows and you don’t. The truth is only what exist in reality.

Earlier it was reported that the new season of “Fargo” sounded track of the Ukrainian group “DakhaBrakha”. The song “Sho z-under the oak” can be heard in the second series.