Six wounded soldiers. The situation in the ATO zone 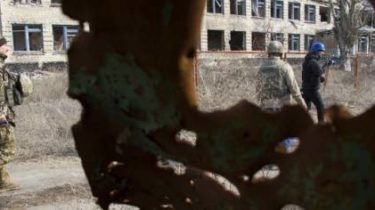 Terrorists in the Donbas over the past day, 49 times opened fire at positions of the Ukrainian armed forces along the demarcation line. Six soldiers were wounded.

On the Donetsk direction the militants were most active in the area of Avdeevka. Also fired at positions near Luhansk and Novgorod.

On Lugansk the direction she was beaten in the position near the Trinity, Village, Luhansk, Valuyskiy.

We will remind, on may 13 before the final of “Eurovision” the terrorists hit the frontline Avdeevka from the occupied territory: one of the shells hit the courtyard of the house, where its owners and their guests. Killed three women and a man, one man is in hospital in serious condition. Two girls were left orphans.