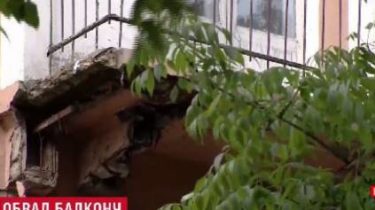 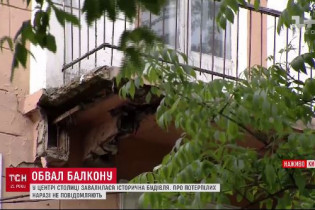 In the center of Kiev has fallen off the balcony of a historic building – house of writers, says TSN.16:45.

During incident nobody has suffered. In the apartment, where there was a cave, there lived a Ukrainian writer Oles Gonchar and still lives his widow. The premises are owned by this family for over 70 years.

The woman said that the collapse didn’t even notice. She is now enthusiastically working on a book of reminiscences about the writer’s life.

On a scene already there were rescuers who cut the remnants of rebar and stones, which could still fall. There was also a patrol of police who recorded the event.