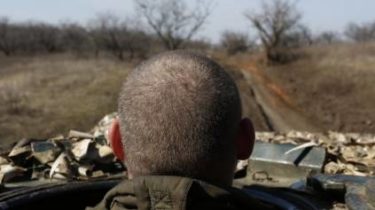 On the arc Svetlodarsk destroyed the front line fighters, with which they opened fire from a machine gun on the Ukrainian military.

This was announced on his page on Facebook volunteer Yury Mysyagin.

“It was a well-fortified bunker, with which we are constantly fired from a machine gun 12.7. Was dot at a distance of 800-900 meters from our advanced position,” he said.

According to Mysiagina, this position eliminated the “third force”, which recently reappeared on the arc Svetlodarsk.

“No more HBS in ucencev this position. No. Or rather the remnants of it there, and no fighting positions and machine guns are no longer there. Now in the area in front of our children to travel has become much safer. Watched-watched, assessed the situation,” he added.

We will remind, for last days on Donbass fighters 37 times opened fire on positions of Ukrainian soldiers. Two servicemen of armed forces of Ukraine were injured.