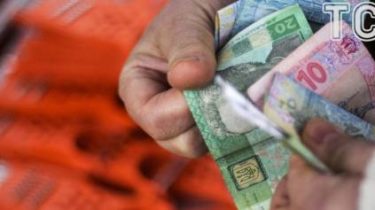 The government of Prime Minister Vladimir Groisman today, Wednesday, may 17, during a meeting approved a pension reform bill.

Therefore, a project submitted to the national Council of reforms under the President of Ukraine, so if the Verkhovna Rada will approve the project until July 15, the government will be able to increase pensions from 1 October.

He Groisman said that the draft pension reform provides for the introduction of uniform for all groups of pensioners calculation formula of pensions, which will be based on the minimum wage.

According to him, the government almost three times the figure raises, according to which to calculate pensions. That is, if she was 1197 UAH, now — 3674 UAH.

TSN.ia understood, that will change after pension reform and how it will affect the size of payments.

WHY THE GOVERNMENT INSISTS ON THE REFORM

The Cabinet Groisman noted that of the 12 million seniors 8 million receives only the minimum pension 1312 UAH (may this year), which is only about 50% of the “market basket” actual subsistence minimum for persons who lost working capacity.

The average pension in Ukraine is UAH 1828 (as of April 1) and this means that the majority of pensioners live below the poverty line.

In the Cabinet of the current system of calculation of pensions I think it is unfair. So, the calculation formula, which involves the use of coefficients, bonuses and allowances, amount indexing, is, according to officials, is unclear. It does not allow people to calculate their future pension, and negative impact on incentives to pay contributions.

Pension reform and want to implement to balance the fairness in the payment of contributions to shape the future of pension provision. For example, among the employed population is rather low coverage of pension insurance.

WHAT WILL CHANGE WITH REFORM?

The Government proposed a reform called the pension modernization.

1. Adopt common rules for determining the amount of the pension.

General approach for “old” and “new” pensioners. In the calculation of pensions will focus on the average wage level 3764,40 UAH. 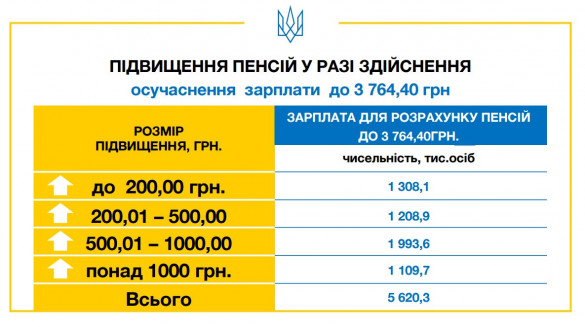 However, the balanced provide in the medium term. For this plan to introduce an adequate insurance record and the amount of the insurance premium, that is, to establish requirements for the duration of experience and the minimum payment. 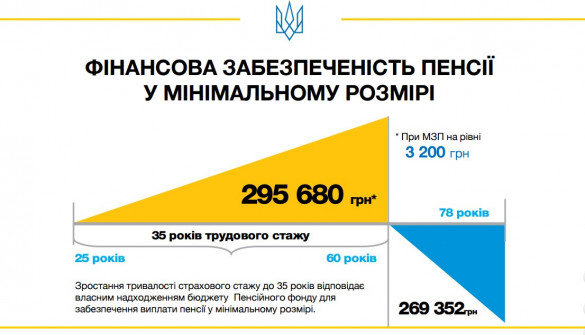 3. The introduction of a flexible retirement age. 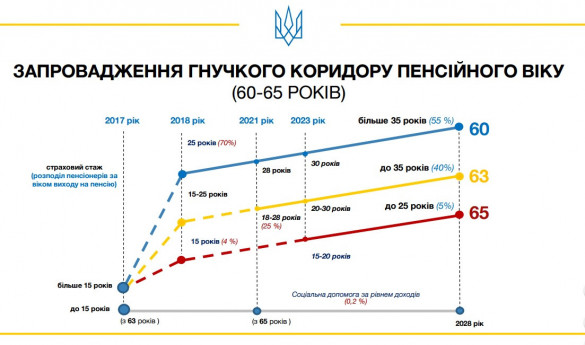 To all, will introduce the ability to compensate for the lack of insurance. Citizens who do not have enough years of experience to satisfy the requirement regarding minimum experience, will be able to pay contributions for the missing years (maximum 5 years).

Note that the IMF proposal to impose restrictions two years, the cost of compensation to align with the previous contributions of the person who is retiring.

It is noteworthy that cancel the special conditions of retirement, excluding military personnel. Pensions for years of service to exercise only for them.

And from 1 January 2018 the right to cancel pensions for years of service for employees in education, health, social protection and others.

It is also important that will change the mechanism of compensation of old age pensions on preferential terms for the payment by the employer increased the rate of single contribution rate of 15% and 7% for employees on individual work provided by the lists № 1 and № 2.

And from January 1, 2019 through Accumulative pension Fund will introduce a funded occupational pension programs for certain categories of persons under the age of 35 years.

WHAT ABOUT WORKING WITH SENIORS?

I propose to abolish the restriction of the pensions of pensioners who work (85% of the pension amount, but not less than 150% of the subsistence minimum for persons who lost their disability).

We will add that after reconstruction legislatively define a mechanism for annual indexation (recalculation) of pensions to protect against inflation: taking into account the financial possibilities of the joint system, but not less than 50% growth of average monthly wages for three years and 50% of the consumer price index.

WHAT IS THE MINIMUM PENSION?

Envisaged for 2017 a second increase of social standards by 5% proposed from 1 October instead of 1 December.

The minimum pension will amount to UAH 1373. In General, the initiatives of the Government on increase in pensions will affect 9 million pensioners.

“Of the $ 12 billion we have already provided income to the Pension Fund plus 7.9 billion. We expect that by the end of the year at least 4 billion will go to the Pension Fund. That is, funds from 1 October we already have. In 2018 it will cost 30 billion, the additional 30 billion that we will use Ukrainian pensioners”, — said the Prime Minister Groisman.