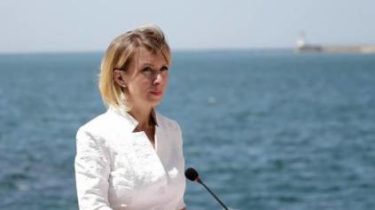 A spokesman for the Russian foreign Ministry Maria Zakharova commented on the ban geogrievskaia tape in Ukraine.

“Contest” has ended – that the Kiev regime and suffered. To solve these problems neither strength nor will not. And repainting tigers money now find,” she wrote on the social network.

Zakharov believes that this decision “anti-democratic and ahistorical”.

“And how, I wonder, next year Ukraine will celebrate Victory Day and to the March of the Immortal regiment?”, – rhetorically potreskalas it.

We will remind that in the explanatory note to the document, which took the BP, says that he envisages administrative liability for the production and promotion of St. George ribbons.