Almost gave back: as Yanukovych had almost given up on the European course of Ukraine 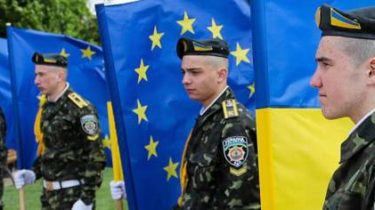 Ukraine could completely give up the European course. About the Eastern partnership summit in Vilnius on which the then government headed by Viktor Yanukovych gave back, but in the end the will of the people back at the historical path, I remembered TSN correspondent Olga Koshelenko.

Two days before the Ukrainian authorities at the EU summit in Vilnius finally abandoned the European choice on Maidan under the stele, the first participants of the future protests. And in the end have done the impossible – changed the course of Ukrainian history.

28 November 2013 in Vilnius first snowfall. With the rain and biting wind. Snow covered flowers that were planted before the solemn day of the Eastern partnership Summit. Beautiful weather for the destruction of hopes.

In the night of Friday, the window of the hotel “Kempinski” was fading. And although the summit remained a few hours, negotiations continued. The negotiations ended closer to three nights – the final “no.” Viktor Yanukovych tired of coaxing and tender and went to sleep.

It seemed, for Ukraine, then the most aching women. The President of Lithuania Dalia Grybauskaite and politically, and humanly. Has become a legend the story of a branded pen that Yanukovych did not sign the Association Agreement. But Grybauskaite as the owner of the summit it hid until better times and have brought Poroshenko to Brussels. And the circle, so to speak, is closed.

But most of all struck by such a moment on the frame with a solemn reception in the Palace of the Grand Dukes on the eve of the summit. Usually, if you distribute the press service, then without a sound, private conversations are the first persons never take out in public. And here was officially given the video, where German Chancellor Angela Merkel is not that chastises Yanukovych, but diplomatically gives to understand how the EU disappointed.

“But we expected more from you”, – said Merkel.

On this background, the defiance of the Ukrainian leaders seemed all the more grotesque. About a week before signing the agreement, they remembered that adaptation of Ukrainian economy to the new conditions of free trade with Europe will need 160 billion euros.

160 billion Euro from this sum the commissioners jaws drop even during public comment. One can only imagine what they said off the record.

“This amount is disproportionate, unrealistic, even if you divide it for 10 years, the benefit will be 10% of Ukraine’s GDP per year. Other countries that joined the EU, and became associated members, get the maximum a few percent of GDP,” – said the then EU Commissioner Stefan Fule.

Under the sounds of live music with its Association agreement in Vilnius initialed Georgia and Moldova. And, it seems, we are pretty spoiled the holiday for them, too. Instead of partying on the occasion, all eyes were focused on Kyiv, where the evening came to the Maidan first members of the future revolution.

We will remind, today in Strasbourg, solemnly signed a documentthat cancels visas between the EU and Ukraine. The ceremony was attended by President of Ukraine Petro Poroshenko.