The U.S. state Department commented on the ban of Russian sites in Ukraine 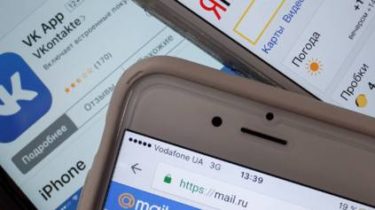 In the US State Department reacted to the blocking of Russian websites and social networks in Ukraine.

The Ministry said that attempts by the Russian-controlled mass media to undermine the Western media with fake news, and false information does not cause doubts.

“However, freedom of speech is a key element of a healthy democracy, which is spelled out in the Constitution. We urge the Ukrainian government to find ways to protect their national interests so that it does not undermine the constitutional principles,” said “voice of America” an unnamed state Department spokesman.

To a journalist’s question about whether between Ukraine and the United States preliminary discussions regarding the possible introduction of blocking Russian websites, he said he could not comment on “private diplomatic conversations regarding this single issue, but we are constantly involved in discussions with the government of Ukraine about the importance of supporting freedom of speech”.

As previously reported, President of Ukraine Petro Poroshenko signed a decree enacted the decision of the Council of 28 April 2017 the introduction of sanctions against several Russian companies. According to the decision of three years should freeze the assets of Russian sites “Vkontakte”, “Classmates”, “Mail.”ru and “Yandex” and to forbid Internet providers to provide access to specified resources.