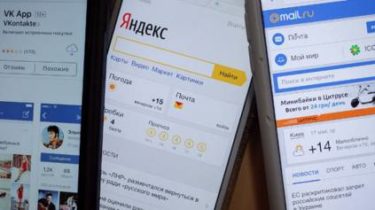 The decree of the President of Ukraine Petro Poroshenko denies access to some of the most visited websites in the country, which caused outrage among users.

This writes Alec moon in the article “Ukraine is blocking the popular social network in the framework of the sanctions against Russia“, published on the website of the newspaper The Guardian.

In the framework of the sanctions against Russian companies, the President of Ukraine Petro Poroshenko has prohibited the two most popular social network in the country, the most popular email services and one of the most common search engines.

The decree Poroshenko, published late in the evening on Monday expanded sanctions adopted in connection with the annexation of Crimea and support for separatists in Eastern Ukraine, they will affect companies and 468 1 228. Among them, the Russian social network VK and Odnoklassniki, the postal service Mail.ru search engine “Yandex”, and all four are among the ten most popular sites in Ukraine according to Alexa. The decree requires that Internet service providers blocked access to sites for three years.

The decree Poroshenko has also blocked the website of the Russian giant of cyber security “Kaspersky Lab” and banned from several major Russian TV channels and banks, and also the popular developer of software for business 1C.

On his official page VK, Poroshenko said that he tried to use a Russian social network to combat the “hybrid war” and propaganda of Russia. But the Russian cyber attacks, including the alleged intervention in the French elections this month, “show that it’s time to act differently and more decisively,” he said, declaring that closes its pages on these networks. Answering the question about the possibility of counter-sanctions, a spokesman for Vladimir Putin told reporters that he is not ready to talk about it, but Russia has not “forgotten about the principle of reciprocity”.

Sites were still working Tuesday, but the Council of national security and defence said that he had ordered the Cabinet of Ministers, the security service and the national Bank to develop a mechanism to block access to them. Large Internet service provider “Ukrtelecom” reported the news site of “New time” that he began the process of blocking sites, which can take several days.

Michael Chaplyga, the representative of the Commissioner of the Verkhovna Rada on human rights, UNIAN reported that “blocking access to websites without court authorization not allowed” according to the Ukrainian legislation. Representatives of the web industry said that the implementation of the ban will take time and investment, users can easily bypass it. Now VPN clients popular in Russia and Ukraine as a means of access to sites blacklisted by the authorities.

VK, also known as Vkontakte, said the Russian TJournal website that “the Internet by nature has no boundaries” and promised to defend the interests of its users. “Classmates” has promised to find a way to Ukrainians continued to use their network.

Several Ukrainian politicians spoke in favor of the ban amid simmering conflict with Russian-backed separatists, where in 2014 killed at least 10,000 people. One Deputy, Volodymyr Ariev, argued that social networks pose a security risk, because Russian intelligence has access to their data and they can collect information about the Ukrainian violates, including public servants and soldiers.

But many Internet users almost immediately started to ridicule the ban. Of the 11,000 respondents in an online survey on the website UNIAN in the second half of the day on Tuesday, 66% said they “strongly opposed” the ban VK, Yandex, and other Russian sites. Another 11% said that it would be easier to “ban the entire Internet in North Korea”. Some laughed that Poroshenko recalls Ukrainian “armchair warriors” of foreign social networks, while others joked that Kiev has decided to ignore our traffic problems, blocking Yandex and monitoring traffic. “Banning VK and Odnoklassniki, we are, in fact, acknowledge our inability to counter the Russian propaganda in cyberspace,” wrote one blogger in his message on the website InformResist. Many users in Russia and Belarus began to tell you what fee they will take over the publication of photographs in the accounts of the Ukrainians in social networks.

In the NSDC explained, why not report on the preparation of sanctions against the Russian resources

Earlier, Ukraine brought in the black list of Russian cultural figures, films, and announced French actor Gerard Depardieu persona non grata. In recent months it has banned the entry of American actor Steven Seagal because he is a threat to national security and banned the party from Russia to participate in the Eurovision song contest, which took place last weekend.