Five of the wounded of the security forces and enemy artillery fire. How was the day in the area ATO 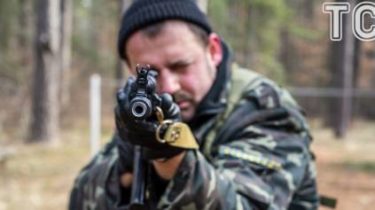 The situation in the zone of the antiterrorist operation heavy, but controlled for the past day in the Donbass were injured five Ukrainian military. This reports the press center of staff ATO.

Total for the day Russian-terrorist forces 52 times opened fire at positions of the Ukrainian defenders along the line of demarcation.

In the coastal areas recorded the 21st the enemy’s fire. Was hottest near settlements Shirokino, Pavlopol, Krasnogorovka and Marinka.

“Also under enemy fire were our strong points in the area of Water, Hnutove, Lebedinsky, Bogdanovka, Novotroitsk and Chermalyk. In particular, the Minsk agreements prohibited the 120-mm mortars, the militants hit on our strong points in Pavlopol”, – stated in the text.

The most complicated in the direction of Donetsk , the situation remains near Avdeevka. The suburb of the settlement and the positions of the Ukrainian defenders of the South was fired from Minsk agreements prohibited 120-mm mortars and arms of the tank. Codemy the enemy used a 122-mm artillery systems.

A female soldier was seriously injured in Donbas – defense Ministry

In Lugansk direction there were at least 13 terrorist attacks. So, the enemy fired from 120-mm and 82-mm mortars on Ukrainian fortifications near the Crimea. On the evening of may 17 the militants used mortars of caliber of 82 mm in the area of Novoaleksandrovka. Novozvanovka Russian-terrorist troops fired with automatic mounted grenade launchers and heavy machine guns. Also grenade launchers of various systems illegal armed groups fired near Trinity and Lobacheve.

As previously reported, the Minister of defence of Ukraine Stepan Poltorak said that Kiev is not going to militarily regain control over ORDA. At the same time, Poltorak announced the decision of the government and the President to return beyond the control of the regions and annexed Crimea.