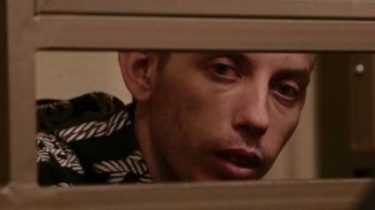 Crimean Tatar Ruslan Zeitullaev, which is contained in the remand prison in Rostov-on-don, began another hunger strike.

It is reported by the Consulate General of Ukraine in Rostov-on-don Facebook.

On the second day of a hunger strike is not the first, Zeitullaev lost 1.2 kg weight. Ukrainian demands to provide access of the Ukrainian consuls to a meeting with the Commissioner of the Verkhovna Rada of Ukraine on human rights Valeria Lutkovskaya.

He also demands from the Russian side to provide access to the occupied Crimea representatives of international human rights organizations, as well as his immediate return to Ukraine.

“In General, there is a clear weakening of the body of the prisoner. However, it is in good morale, maintains the clarity of thinking and is determined to continue the fight against the violation of their rights, and for the entire kraskoterke people,” – said the Ukrainian diplomats in the social network.

Krymchanin Saydullaeva, who is on hunger strike for 18 days, I want to condemn Russia to 17 years in prison

We will remind, the Russian court revised the sentence of the Crimean Tatar Ruslan Satullo, accused of terrorism and the establishment of the Crimea center of the organization “Hizb ut-Tahrir“, which Moscow calls a terrorist. Krymchanin has received from the Russian court to 12 years in a strict regime colony.