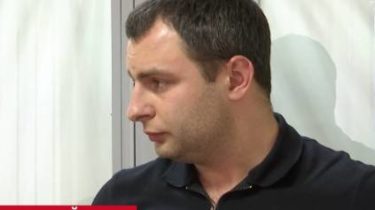 The Goloseevsky district court of Kiev was put under house arrest a suspect in the murder of a man near a fast food restaurant. Vladislav Greceanii now cannot leave the apartment at night, is obliged to hand over the passport twice a week to be on interrogation to the investigator, according to a story TSN.19:30.

In April, he punched 34-year-old man for Smoking in a public place. The victim died from a brain hemorrhage. Police two weeks could not find the attacker, until he surrendered himself. He faces 15 years in prison for murder, but given the advent of guilt, prosecutors have eased requirements and just asked for house arrest during the investigation and the judge agreed.