“Carry x*rnyu”: Oblomov in a new music video made fun of Russian propagandists 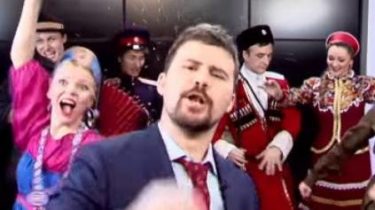 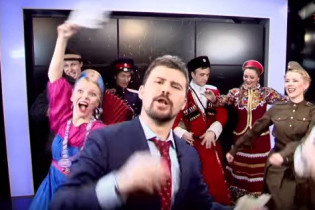 In the clip Oblomov comes to the transmission of the lead, played by popular Youtube Yuri Dude (he took the controversial interview with Ivan Dorn).

During a conversation tells Oblomov that he “would write a song about the exploits of the war, about the conspiracy against the country, about the pressure from the outside, stoked for the Russian people in the Donbass”, “would have on the camera for the children in Aleppo, was thinking about Bandera”, “I would write to Twitter about the threat to NATO”.

In the end, suggests a musician, he was offered to lead a weekly show on “Dependent TV” – and here we can see a hint of propagandist Dmitry Kiselev.

“But to be honest, I’m glad that it did not work… I normally eat, I sleep,” concluded Oblomov at the end of the song.