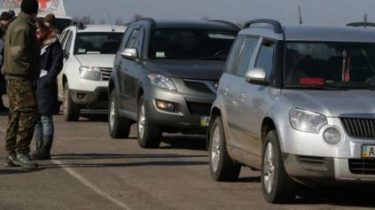 The Russian militants and separatist forces in the Donbas fired employees of the International Committee of the red cross.

On Friday evening, said the Ukrainian side of the joint center of control and coordination over the observance of the cease-fire (SCCC).

The incident occurred may 18 in the village of Dolomite in the Donetsk region, captured by the militants. The red cross handed out food and hygiene products, when he heard several bursts of gunfire. Bullets whizzed close to people and vehicles, but as a result of bombardment nobody has suffered.

In the SCCC noted that the attack was conducted by fighters “DNR” with the uncontrolled territory.

“An examination of the facts and records of violations of the ceasefire showed that the shelling of the red cross was held from NZF ORDO and he was conducted from the territory of the ORDO”, – stated in the message.

The Ukrainian side of the JCCC strongly condemned the actions of the militants, and described them as a gross violation of international humanitarian law.