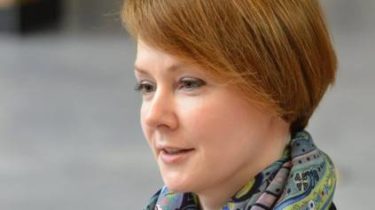 Russia, as a permanent member of the UN security Council, considers himself virtually untouchable and cynically counting on impunity for gross violations of international law, given the limitations of the international legal tools that can be applied to its behavior.

This was stated by Deputy Minister of foreign Affairs of Ukraine on European integration Olena zerkal, writes DT.UA.

It is noted that Russia is trying to own the “crazy politics”, regardless of rules and regulations. In particular, the position of the Russian side demonstrated during the March hearings in the International court of justice.

“The essence of this behavior is very simple: “We make it so for us it was nothing, for this claim and prove that we were here.” “Little green men”, “Buk” weapons — all of which appeared on the territory of Ukraine from Russia, which continues to assure the world that it’s useless here”, – the article says the mirror.

The mirror also points out that Moscow is counting on your status as a permanent member of the UN Security Council and the limited tools of international law.

“Russia as a permanent member of the UN security Council believes himself to be almost untouchable and counting on impunity, given the limitations of the international legal tools that can be applied to her behavior. Calculation cynical, but not irrational. Unless Georgia has managed to attract Russia to account? Unfortunately, the answer is no”, – stressed the Deputy foreign Minister.

According to her, this is exactly the scenario counts and the case of Ukraine, because he knows that can block the UN security Council any resolution, as it was with the resolution, which provided for the establishment of the special Tribunal for MH17.

We will remind, on April 19 the international court of justice in the Hague rejected the request of Ukraine on preliminary measures against Russia regarding violations of the International Convention for the suppression of the financing of terrorism. However, the court agreed soprovojdat preventive measures against the Russian Federation for the protection of national minorities in the Crimea at the suit of Ukraine.