Savchenko about his personal life: come to me only men 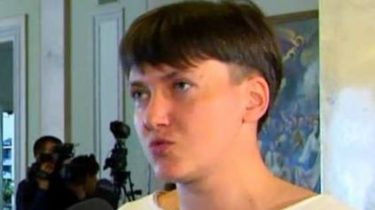 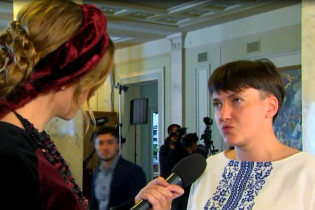 The people’s Deputy Hope Savchenko said that her fashion style has not changed much, says “social life”.

The MP said that among her talents not only singing, but also painting, embroidery, clay modelling, blacksmithing. At this Savchenko finds time for all his Hobbies.

The parodies of themselves, for example,from the Studio “Quarter-95”, the politician relates with a smile, adding that it would play better. Privacy Hope does not open and is not recognized has already chosen.

“Every woman has their personal lives, and that, alas, nobody cares, everyone is interested in that Nadezhda Savchenko. Everything I have is for me personally for the soul, all what I can, I will gladly share with the Ukrainians, but what is mine is mine. Come to me only a brave man,” she summed up, adding that the Verkhovna Rada, “there are no men, but there are only people’s deputies”.

We will remind, after Nadiya Savchenko was expelled from the party “Batkivshchyna” she led the new. The politician said that “change the political system.”