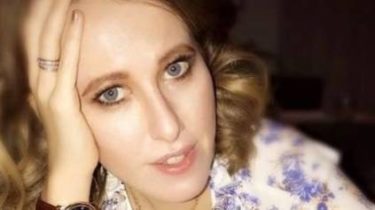 Russian journalist Ksenia Sobchak has recorded a video message to the President of Ukraine Petro Poroshenko, in which he criticized the President for a decree to block the Russian social network.

“Historical experience shows that all who had left the war to social media, lost… to Fight with social networks and malasiqui can only be political suicide. You are one, and that social networking sits half your nation, which is famous for its rebelliousness and humor,” said Sobchak.

According to the journalist, thanks to the Russian social networks “the Ukrainian people could realize the Revolution of dignity and the creation of the volunteer battalions.”

Sobchak also noted that the decree Poroshenko “only added fresh material for Russian propagandist Dmitry Kiselev,” in addition, according to her, the Ukrainian President added his enemies from before loyal citizens.

“By his decree you have brought together international human rights activists, the battalion “Azov” and you sympathized with the Russians, who one day declared you an enemy of freedom of speech”, – said Sobchak.

The journalist believes that because of the ban on Russian social networks, and because of the ban Yulia Samoilova to let in Ukraine at “Eurovision” with Poroshenko does not want to communicate to the leaders of the EU countries.

Without “Vkontakte” and “Yandex”: what has changed in the life of Ukrainians after the sudden blocking resources of the Russian Federation

“And when You need to call to some European leader, he will ask you a short help. And there will be written – is the one who did not let a Russian singer with a disability in the Eurovision song contest and banned from the social network. And Merkel or the Makron will ask the Secretary – tell her to call back later. And better than ever,” said TV presenter.

Prohibited in “Vkontakte”, in turn, say that always tried to be “beyond politics” and promised to protect interests of their users, which in Ukraine there are 16 million monthly. The market reacted to the ban by the falling of actions of “Yandex”.