In Kiev on the Playground found a grenade 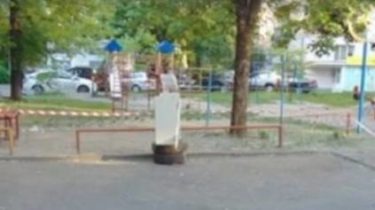 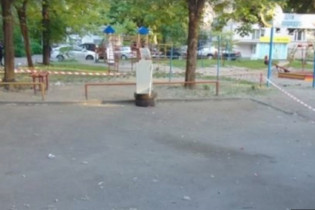 In Kiev on the street Teligi in the morning on the Playground saw the grenade.

It is noted that the two men noticed the suspicious sand ring, and when dug out, saw an object resembling a grenade.

At the scene immediately dispatched patrol police, investigative team and the bomb squad.

The result was withdrawn the fighting f-1 grenade with a fuse, which was sent for analysis.

Currently, the persons which have left a dangerous item on the Playground.

In Kramatorsk, near the school, the child found 14 grenades

We will remind, in Kiev, a 6-year-old child caused the explosion on the territory of the kindergarten. As militiamen found out, at 8:50 mom was in the garden six year old boy who on the way picked up the ball. When the child threw her to the ground, there was an explosion.

Fortunately, as a result of incident nobody has suffered, only on the pavement were damaged, now on the scene working law enforcement officers, and with the boy talking to psychologists.