The GPU announced the completion of investigations Kurchenko, Arbuzov, Klimenko and 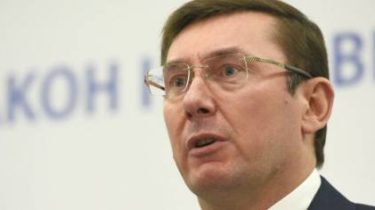 The Prosecutor General’s office of Ukraine completed the investigation into the Affairs of the oligarch Sergey Kurchenko and ex-Minister of income and fees Alexander Klimenko in the coming weeks, and with respect to the former first Deputy Prime Minister Sergei Arbuzov – next month.

This was stated by Prosecutor General Yury Lutsenko during a round table in Kiev.

We will remind, on may 5, the General Prosecutor of Ukraine reported about suspicion to the former first Vice Prime Minister of Ukraine Sergey Arbuzov in misappropriation and embezzlement of budget funds in the amount of 220 million. Pre-trial investigation takes place on the facts of default by the buyer of shares of “Ukrtelecom” company “ESU” of the conditions of privatization on the creation of a dedicated telecommunication network special purpose, unlawful funding of public funds and the privatization of 92 % of the state package of shares of JSC “Ukrtelecom” at the underestimated cost.