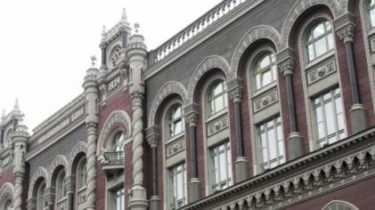 The national Bank of Ukraine said that outraged at the latest decisions of the courts about the illegality of entering the state capital of PrivatBank and procedures for bail-in.

The corresponding statement of the NBU announced on Tuesday evening.

“The national Bank stressed that all decisions regarding “PrivatBank” were adopted solely under the special procedure provided for under article 41-1 of the law of Ukraine “About system of guaranteeing deposits of physical persons”, – said in a statement.

The national Bank notes that is confident in the legality of the procedure, bail-in and will challenge the decision in higher courts.

Recall, may 17 the District administrative court of Kiev ordered the “PrivatBank” to return to the family of Surkis 1,048 billion hryvnia, of 266.2 thousand dollars and 8 thousand euros.

They sought to have the court reversed the decision of the National Bank of Ukraine, which recognized six members of the family of Surkis insiders “PrivatBank”. At the stage of the interim administration in the Bank was followed by the conversion tools, insiders of the Bank capital (bail-in).

On the same day, may 17, the District administrative court of Kiev has decided to collect with “PrivatBank” for the benefit of “A Bank” owned by the Surkis brothers, charged with the nationalization of 364 million.