In Kiev, a man shooting robbed the Bank on 285 hryvnia 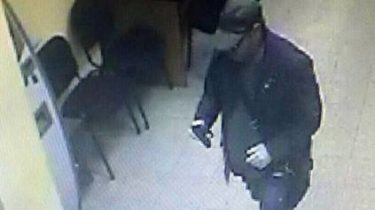 In Kiev an armed man robbed the Bank branch on the street Ivan Curls.

This was announced by a spokesman for the Metropolitan police Oksana Blischik.

The incident occurred on Wednesday, may 24, at 16.45. The attacker took a few shots at the ceiling, took 285 hryvnias and escaped. As a result of incident nobody has suffered.

At the scene works investigative group of the caves, and the Chief of police of Kiev. Information about the event was, the issue of opening of criminal proceedings under article 187 (Robbery) of the Criminal code of Ukraine. Law enforcers are searching for the attacker.

We will remind, in Kiev police are searching for individuals who robbed a jewelry store in Obolon. According to preliminary information, attacking was two, they were dressed in dark clothes and helmets. Going to the store, they began to threaten with the gun and the grenade, and when I picked up jewelry fled on a scooter without number plates.