In the center of Kiev burned at lightning speed tricycle trike 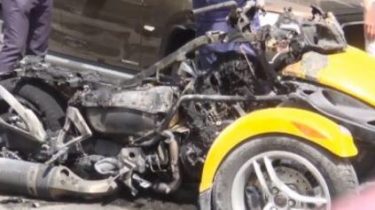 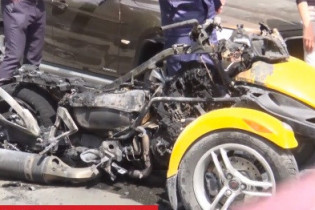 In the center of Kiev, burned to ashes three-wheeled trike. The fire damaged two parked cars – “BMW” and “Skoda”, says the story TSN.19.30.

According to witnesses, the driver was not at the scene. The trike suddenly lit up, it was probably a short circuit. He tried to put out passers-by, but in vain.

When the fire intensified, the car went forward. At the same time, eyewitnesses say, tricolon crashed into the bumper of a parked BMW and the flames almost reached the gas tank of the car.

Trike burned down completely in 5 minutes. When the firemen came to put out there was nothing.