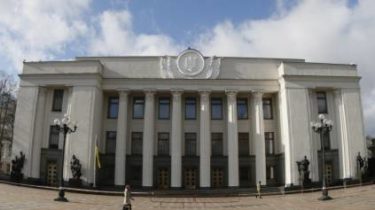 In the Parliament received the submission on the removal of parliamentary immunity from the MP from the party of “Revival” Gennady legumes.

This was announced on his Twitter page, the speaker of the Verkhovna Rada Andrew Parubiy.

“Received the submission from the Prosecutor General on the withdrawal of immunity Gennady Legumes. Transferred to the regulation Committee”, – he wrote.

Received representation from the attorney General @GP_Ukraine on removal of inviolability from Gennady legumes.Transferred to the regulation Committee @verkhovna_rada

Recall that in BP the idea of removal of inviolability from deputies Lozovoy, Dade and Beans prepared on may 19.

After that, the Prosecutor General of Ukraine Yuriy Lutsenko was returned to the Specialized anti-corruption Prosecutor’s office for revision of ideas about removal of inviolability from deputies Andrey Lozovoy (Radical party) and Yevhen Deydey (people’s front).