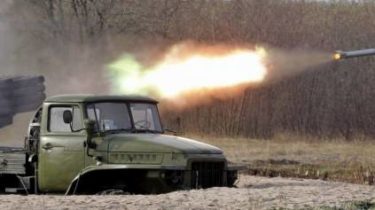 Fighters of an illegal armed formation “DNR” on the evening of may 24, re – shelled Avdiivka from “Gradov”.

As a result of the shelling damaged four homes of local residents on the street Chernyshevsky. Damaged roofs, Windows and facades of private houses, but the victims among the local people there.

“Because of the constant attacks from illegal armed groups, the owners of these houses left their homes for a long time and live in safer areas of the city”, – stated in the message.

In the affected area is investigative team Avdiivka police Department, which finds information about other injuries and render aid to the civilians.

Recall, Reuters published photos of the Town after may 22, there was carried out shelling of Pro-Russian militants. The strengthening of the ATO fighters fired rockets. From enemy shelling destroyed four houses of civilians. In the fighting one soldier of the armed forces of Ukraine were wounded.