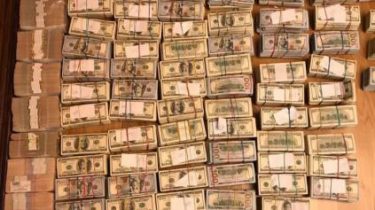 The operation resulted in exposing tax schemes “Yanukovych-Klimenko” was arrested 23 officials. This was announced at a briefing the chief military Prosecutor Anatoly Matios.

In the bag of the detained former head of the Luhansk region found the tax of $ 3.8 million

Matios added that searches are carried out among managers of the tax administration in other areas, including Odessa.

Earlier the Minister of internal Affairs Arsen Avakov said that over 1700 soldiers FSL and 500 military prosecutors 454 simultaneously carried out searches at 15 sites within a tax scheme in which the state suffered damage by 96 billion UAH.