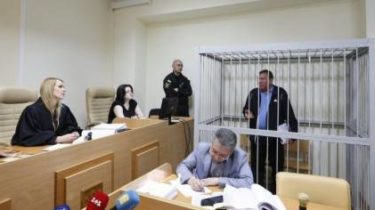 In the case of the unjust decisions of judges on election of a measure of restraint in the case of the detained ex-tax, during the reign of Yanukovych-Klimenko, the Minister of internal Affairs Arsen Avakov is going to appeal to society.

According to the Minister, he did not understand why the judges of the Pechersky district took the controversial decisions.

“Yesterday at five was the court’s decision. Okay, Antipov – 68 years older man. Although, when a person find worth $ 3.8 million. just with a, but in General he appointed 15 million UAH, that a little dissonance. The other is a sick man. Okay. But when there went three decisions and one million and under the personal obligation. We don’t understand and can not understand. I’m really looking forward to today’s judgment on the key defendants in the case, which will be more objective. If this does not happen, we will sit down with the attorney General and will think about other reactions. We will address, in particular, for support to the society. If you want us to let go of such people, let them all release. Let them walk! Then we need neither the police nor the car are good. But if you support it, then the laws should be adequate,” he said.

Minister Avakov reported that during the searches before it was seized 3.7 kg of gold, 50 kg of silver, 5.5 million dollars in cash. “3.8 million UAH 287 thousand euros, jewelry and the like. It is withdrawn. Against this background, 96 billion UAH of losses, the money is not received in the Treasury, and went into the pockets Klimenko, Yanukovych and comrades… We let these people under personal obligation. I can’t. Everything in me protests,” – said the Minister.

Ivkov also does not exclude that “today’s decision of the judges would be much fairer”. “Intuition. Knyazev came back. Yesterday he was on a business trip. Today it is in place and order will be more,” he said.

In turn, the head of the National police Sergey Knyazev said that while the detainees are former high-ranking officials 25, but the operation continues, so the number may change.