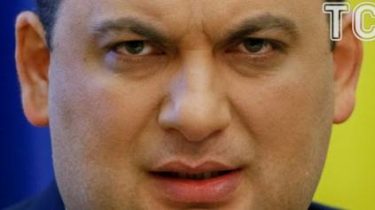 Prime Minister of Ukraine Volodymyr Groysman outraged by the judges ‘ decisions on election of a measure of restraint against detained former tax.

According to the head of the government, the existence of corruption schemes was long known, but no one could prove.

“In principle, this scheme was known throughout the country. From 2010 to 2014 she worked when Klimenko and those with whom he collaborated, created a scheme when you can not pay taxes to the state, but simply to pay tribute to them. They have such a gangster way of thinking has always been. In fact everybody knew, but nobody was able to break it. Now it’s done. It is very good. And now a word to say, and the judicial system. Well, firstly, if released, they must have an electronic bracelet. Should be an inevitable process. The investigators are quick to complete, but the judicial system should not protect criminals, and the law. It is clear that the judiciary is unaccountable to us, but everyone should be conscience. If anyone got change for the interests of the state on his own, he should be punished. I expect a fair court decisions. I would like to have this inevitability of the process, which expects the Ukrainian society, held,” – said Groisman.

In turn, the head of the National police Sergey Knyazev said that while the detainees are former high-ranking officials 25, but the operation continues, so the number may change.

In turn, the former head of the State tax administration in Poltava region Vladimir ZADOROZHNY, detained during large-scale anti-corruption operation on may 24, was released into the wild. The Pechersky district court of Kiev decided to appoint ZADOROZHNY preventive measure not involving detention.