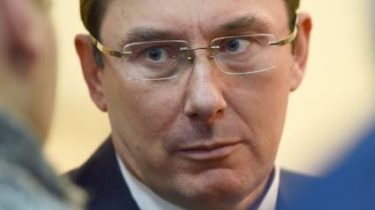 Prosecutor General Yury Lutsenko responded to the court’s decision in the case of former tax, which the day before the Pechersky court has appointed a safety precaution.

“One more merciful decision, and I’ll worry about the fire as the cave,” wrote the attorney General in your Facebook.

Earlier, the Pechersk district court of Kyiv released on bail in the amount of 15 million hryvnia, the former head of the State tax administration in Luhansk region Alexander Antipov.

In turn, the former head of the State tax administration in Poltava region Vladimir ZADOROZHNY, detained during large-scale anti-corruption operation on may 24, was released into the wild. The Pechersky district court of Kiev decided to appoint ZADOROZHNY preventive measure not involving detention.