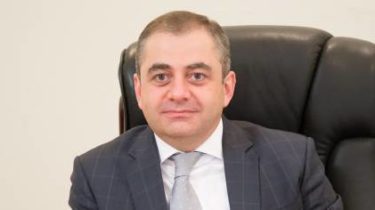 NABOO in response to the opening of a criminal case against first Deputy Director of the Bureau of Guizot Uhlavy registered criminal proceedings on the facts of office forgery and interference in his work. This is stated in the press service of the anti-corruption body.

The case against Uhlavy the Bureau considered a form of pressure. The text indicates that the investigation deals with prosecutors, a group of 16 people, which is headed personally by the Deputy Prosecutor General Yuriy Stolyarchuk.

Sytnik told about detention of the employee of the court, which “I merged” information about the searches

The allegations by GPU regarding the violation of the Deputy head of the NABOO of the law on citizenship in the Department called baseless, because the Georgian citizenship is lost automatically upon acquisition of citizenship of another country.

Therefore, since citizenship Uglovoy 17 April 2015 he lost his Georgian citizenship.

In the anti-corruption Bureau considered unfounded and the case of the prosecution on tax evasion Deputy Artem Sytnik.

“Tax Declaration of property status and income for 2016 Gizo Uglava filed April 25, 2017. Tax code of Ukraine provides for the submission of the tax Declaration for the previous year before 1 may of the year following the reporting year, while the taxes for the year shall be paid until 1 August. Thus, the Prosecutor’s office is investigating the episode of failure to pay taxes “in advance”, because the term of payment expires August 1, 2017″, – explained in the Office.

The report notes that 608 526 thousand hryvnias of non-payment, which claims the GPU, would still be insufficient for prosecution, as under part 1 of article 212 of the criminal code of Ukraine, the amount of the offence must exceed 800 thousand UAH.

NABU believe that the prosecutors in the case had enough time to check the data and to close the proceedings, therefore, the statement of public Prosecutor Yury Lutsenko about the absence of political motivation of the case see questionable.

“Under such circumstances, National anti-corruption Bureau considers actions of employees of the GPU as a criminal to help illegal pressure on employees to NAB. On the specified facts of the internal control Department of the National Bureau zarejestrowana criminal proceedings on the facts of office forgery and interference in the activities of the Deputy Director of NABU”, – concluded in the anti-corruption body.

We will remind, earlier the Prosecutor General’s office launched an investigation against first Deputy Director of the National anti-corruption Bureau Guizot Uhlavy for suspicion of tax evasion and the concealment of the citizenship of Georgia during the hiring process.

The head of the NABOO Sytnyk in response stated that the circumstances of the investigation of the case against Plavi flimsy.