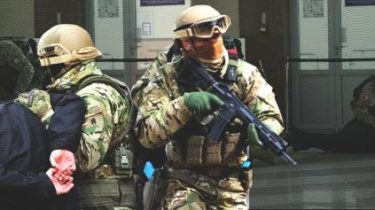 Law enforcement authorities conducted a large-scale anti-corruption operation on detention of senior tax officials since the presidency of Viktor Yanukovych.

TSN.ia offers to remember hands-free operation to capture corrupt over the past three years.

Employees of the GPU and the interior Ministry has exposed the so-called scheme of “Yanukovych-Klimenko”, during which it carried out the control over all conversion centers in the country, with the result that the taxes were not in the budget, and in the pockets of government officials – the highest, the Minister of income and fees, his patrons, and local tax authorities. The total loss to the state is 96 billion UAH.