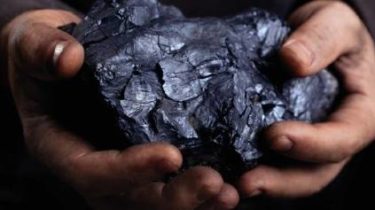 Operating company “DTEK Energo” may 25, received in the port “South” in the Odessa region, the ship of the Republic of South Africa with 75 thousand tonnes of deficit of anthracite coal on Board.

This was reported by press service of the company, writes UNIAN.

“In the port “South” has arrived Panamax 75 thousand tons of anthracite from South Africa for thermal power stations of “DTEK Energo”. In the near future will begin the delivery of coal at TPPs of the company”, – stated in the message.

According to the press service, the first delivery of imported anthracite will be sent to Pridneprovskaya and Krivorozhskaya TPP power that will give the opportunity at any time to resume electricity production at these stations.

“We expect a smooth delivery schedule for 75 thousand tons of coal per month. This will enable our stations to work steadily in the autumn-winter period”, – said the Director for business operations at DTEK Energo” Vitaly Butenko.

It is noted that the total volume of DTEK contract for the supply of anthracite from South Africa is 675 thousand tons with possibility of increase to 1 million tonnes.

We will remind, the Minister of energy and coal industry Igor Nasaliki declared that in two years Ukranna may opt-out of anthracite coal. According to the Minister, in 2017 Ukraine will spend 7 million tons of anthracite, while in the past year used a 10.6 million tons.

Prime Minister Vladimir Groisman believes that a shortage of coal anthracite Ukraine needs to import it from different countries, with the exception of Russia, because she is the aggressor. Groysman noted that Ukraine is 501 days does not import Russian gas and leads the renovation of thermal power plants, which run on scarce coal. These stations, according to the head of the government, transferred to the coal gas brands which is extracted in Ukraine.

On 3 April, Ukraine started to contract scarce anthracite coal from South Africa and other countries.

Earlier it was reported that the Ministry of energy and coal industry plans to ban the import of coal from Russia. We are talking about scarce Antracite group which is extracted on the uncontrolled territory of Ukraine.