The court overturned the liquidation of the Bank, “Michael”, the NBU is preparing an appeal 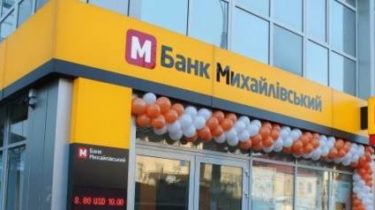 The district administrative court of Kiev recognized illegal liquidation of the Bank, “Michael”, having satisfied the claim of the sole owner of the Bank, the company “Acasian”.

It is reported FinClub, citing judgment of may 15.

According to the court, listing 1,507 billion from the account of OOO “Investment and settlement center” to individuals ‘accounts although increased liabilities of the Deposit guarantee Fund of individuals’ deposits, but was not “transactions,” the Bank because the Bank “Michael” was not a party to the loan agreements, but only to carry out orders of the client.

In this regard, the court decided that the Bank “Michael” has not carried out transactions that resulted in its obligations to physical persons within the limits of the guaranteed amount has increased due to the reduction of liabilities to legal persons and, hence, reasons for insolvency were not.

However, the court refused to oblige the national Bank to take all necessary steps to restore the functioning of the “Michael” as the Bank.

In turn, the NBU is preparing an appeal against the decision of the administrative court.

Recall, the NBU announced the decision about the Bank becoming “Michael” insolvent due to the Bank’s questionable operations with deposits of individuals 23 may, late in the evening.

According to the NBU, the Bank was problematic from December 23, 2015 and has been working with NBU to resolve the situation. 20 may, the Chairman of the Board “Michael” Igor Doroshenko left the position.

On the same day the Bank under the guise of a technical failure limited access to the curator database and conducted a series of dubious operations on deposits of natural persons, increasing the burden on the insurance Fund on 1 billion UAH – to UAH 2.6 bn.

Earlier the court has left under arrest of the former Chairman of the Board “Michael” Igor Doroshenko for two months. He is suspected of withdrawal from the Bank, “Michael” UAH 870 million of depositors ‘ funds and bringing financial institutions to insolvency.