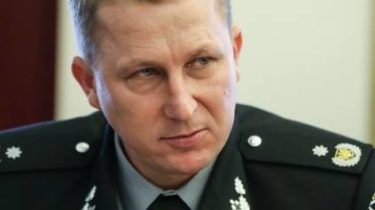 The chief of the Department of the National police in the Donetsk region Vyacheslav Abroskin has warned that militants are planning the second time today, may 28, to fire Krasnogorovka.

“The police have information that the militants plan to repeat the attack after 13 or 14 hours,” — said Abroskin.

He also added that the militants aiming to intimidate the local civilians and to destabilize the situation in the city.

“Now in Krasnogorovka for rendering assistance to the population, protection of public order and protection of damaged hospital school arrived police units Volnovakha and the great Novoselovka”, — Abroskin added.

At the same time, the Chairman of the Donetsk military-civil administration Pavlo zhebrivskyi said that during the morning the shelling of the Russian invaders Krasnogorovka 50% of the destroyed hospital, smashed two ambulances and hospital car “Niva”.

“Because of damage of the conduit, most of the city remained without water. Also damaged the city’s sewer system. Different degrees of damage, from direct hits of shells subjected to 10 home on the streets. In the private sector, about thirty damage. Information specified”, — added zhebrivskyi.

We will remind, today, on may 28, 6:40 am militants began shelling of Krasnohorivka. Later at the headquarters of the ATO reported that as a result of shelling , eight local residents were injured and injuries.