On the lake Telbin in Kiev launched a unique aeration system 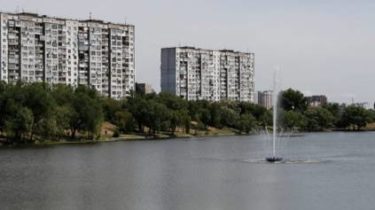 Sunday, may 28 at the lake Telbin in Kiev launched an aeration system.

This was reported in Facebook the capital mayor Vitaly Klitschko.

According to him, this system will allow saturating the lake with oxygen and clean water.

“For many years the sidewalks in the pond the rain-demolished mud. Since the lake is deep enough, the natural aeration from above does not allow to saturate it with oxygen.Through this began the process of decay and the lake gradually began to turn into a swamp,” said Klitschko.

The installed system consists of 8 aerators, there is a powerful compressor station and along the coast are tubing with oxygen air. It is piped into the center of the lake and enriches the water with oxygen.

“And here you can safely swim. And the lake Telbin will become even more popular vacation spot of Kiev”, – said Klitschko.