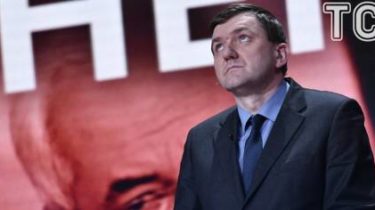 The head of the Department of special investigations of the Prosecutor General of Ukraine Serhiy Gorbatyuk accused the chief military Prosecutor of obstructing the investigation into criminals against participants Bromide.

About this Gorbatyuk said the TV channel “112 Ukraine”.

The Gorbatyuk gave two examples when the chief military Prosecutor obstructed the investigation.

“The transfer of economic Affairs. There was a meeting where no discussion of economic Affairs did not happen, was drawn up. After that, the Protocol goes to Matios, to include false data that the ineffective investigation and the case removed. This is one case. Next. The investigation of the murders of 19 February in Kiev. For 2.5 years the military Prosecutor investigated because of suspected SBU. At the same time the results of the investigation came to the conclusion that the “protesters” themselves have shot. In this regard, our Department is forced to pick up production and start from scratch the investigation in 2.5 years, and spend the time the same States, to provide additional investigators that we’re hurting,” said he.

Gorbatyuk claims that regarding the actions Matios sent to about two dozen reports, but the reaction to them.

According to the head of the Department of special investigations, in cases of crimes against participants Bromide is reported about suspicion more than 350 persons, in respect of 230 sent to court indictments and has more than 35 sentences.