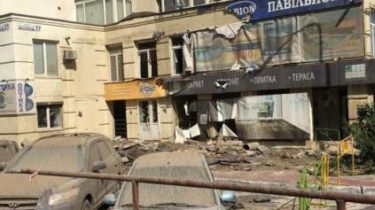 A burst water pipe in Kiev Goloseevskiy Prospekt, 27 was the result of a pipeline rupture and release of water to the surface.

This was reported by the press service of PJSC “Kyivenergo”.

“Today, at about 14.00 at Goloseevskiy Prospekt, 27 during hydraulic tests revealed damage to the main pipeline with a diameter of 800 mm. the site of a heating system is operated since 1979 and has exhausted its 25 years of regulatory resource. Because of this leakage to the surface heat distribution chilled water and formed a gully on the local area with a size of 2×3 meters”, – stated in the message.

According to the company, at present, the damage is localized, the water leakage stopped.