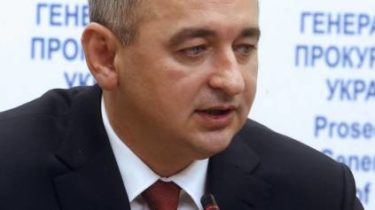 Special operation military Prosecutor’s office and Netpolicy of detention ex-the heads of regional tax administrations of the time, Yanukovych began a week earlier than planned, due to information leakage.

This broadcast political talk show on one of Ukrainian television said the military Prosecutor of Ukraine Anatoly Matios, writes UKRINFORM.

“The basis for this operation was that the involvement of such a large array of people, due to the fact that only three days was made more than five hundred searches, began segmental information leakage,” – said Matios.

The military Prosecutor noted that the participants of the special operation, while on some searches, saw that “on the table hot Breakfast and coffee, people are gone, and we realized that we should start now, because we will lose the effect spacecast”.

A high-profile case: the ex-tax on the run in absentia declared suspicion – Matios