A high-profile case: the ex-tax on the run in absentia declared suspicion – Matios 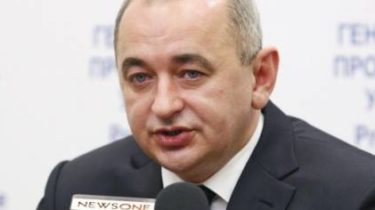 He said that since the operation to arrest 24 may 23 former heads of the tax authorities proceeded simultaneously in 15 regions of the country, still leaked. “In the night from 22 to 23 may at 5:20 3 people (suspects) left the territory of Ukraine”, – said Matios.

May 29, the Prosecutor’s office in absentia was reported about suspicion to the 2 ex-heads of tax. “Formally declared and directed in accordance with the Criminal procedural code of the suspicions of two very significant for the economy of the people is the chief tax administration in Odesa oblast Chornobay… and all known since the “Orange revolution,” Mr. Nizenko – head of tax administration of Kiev and Kiev region”, – said Matios. According to Matios, Nizenko is in Spain, and the city – is hiding on the territory of Ukraine.

Also the chief military Prosecutor announced that the former Deputy head of the Tax Kiev Tatiana Datuk, who received probation in the fall of 2016, is still under the protection of the security services.