NACP has not approved the conclusions on e-declarations, and Ministers 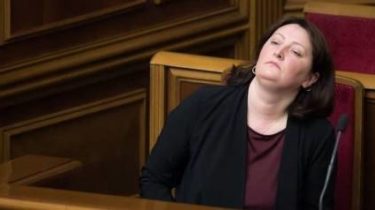 The national Agency for corruption prevention are unable to adopt the conclusions on e-declarations of the Prime Minister Volodymyr Groysman and members of the Cabinet of Ministers for 2015.

This was announced by the head of the Agency Natalia Korchak, reports Radio Liberty.

According to her, the Agency failed to approve the test results, because not all members of the NACP has reviewed documents.

We will remind, on April 25 the National Agency for prevention of corruption is not enough to start checking electronic tax returns for the year 2016 of the President of Ukraine Petro Poroshenko, Prime Minister Vladimir Groisman and Ministers. NAPC needs to examine the lawfulness of the state first persons of the state within the next 60 days. However, members of the Agency and are still studying e-Declaration of the President and members of the government for 2015, officials filed six months ago – in the fall of 2016. Since the deadline they have missed the review time was extended.

The national Agency for prevention of corruption still have not received complete information from competent state bodies and explanations from the Ministers themselves, in the process of checking e-declarations of the members of the Cabinet in 2015.