SACU has postponed consideration of the claim Artemenko to Poroshenko 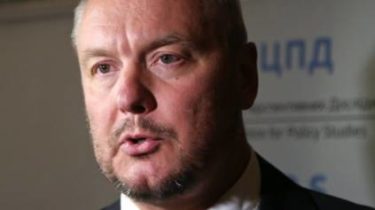 The Supreme administrative court has postponed consideration of the claim of the former Verkhovna Rada Deputy Andriy Artemenko on the legality of the presidential decree on the termination of his Ukrainian citizenship.

This is with reference to the judicial Manager transfer “Ukrainian news”.

According to the worker Vasu, the meeting scheduled for 11:30 Tuesday, will not take place in connection with the illness of one of the members of the jury.

At the same time, it is unknown at what date the postponed consideration of the case.

We will remind, earlier the President of Ukraine Petro Poroshenko his decree was revoked Andrey Artemenko. The people’s Deputy Oleg Lyashko said that the reason was that the MP in 2005 he received the canadian citizenship.

The media also reported that Artemenko was one of the authors of the so-called “peace plan” that offers suggestions as to how the head of the White house Donald trump could lift sanctions against Russia. In particular, it was proposed to hand over the Crimea to the Russian Federation.