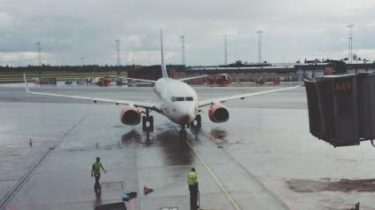 Today, may 30, at the airport “Kiev” (Juliani) flight Kiev-Antalya was postponed due to a malfunction of the aircraft, and all passengers were forced to wait in the waiting room for his diagnosis and repair.

About the incident to TSN.ia said one of the passengers Alina Ilnitskaya.

According to her after the plane rose into the sky, passengers lacked air and that was bad.

“At the airport Kiev (Zhulyany) passengers of the flight Kiev-Antalya airline “Anda Air” trying to lock and send flying on a faulty plane, with the plane up in the air in 20 minutes of flight returned to the airport because of cabin depressurization. On Board during takeoff and landing passengers (adults and children) became ill, there was not enough air. While representatives of the shipping company refuse to provide another Board. We fear for ourselves and children,” said the tourist. 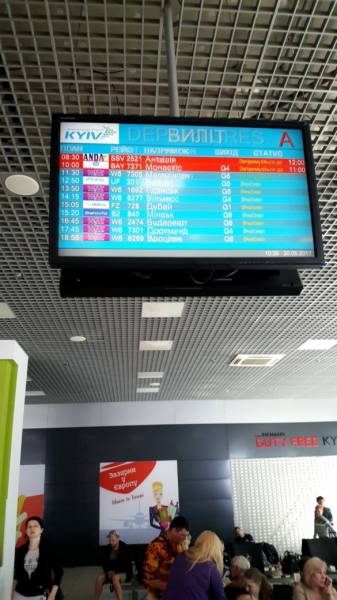 In turn, the representative of airline “Anda Air” said that this is normal and nothing unusual happened.

“Well, one of the auxiliary engines showed that there is an error. The commander of the ship, in principle, could fly, but he decided to sit down. That is, nothing extraordinary happened, pure situation is standard for us,” he said.

The company also added that after landing the plane checked out and after an hour he could fly.

“After landing changed there unit, checked everything else, and in an hour he was ready, but procedurally we can’t go any faster, because a lot of the acts is written and everything else, and we have all the things to check. Passengers already on the same plane will fly boarding”, – said the representative of the airline.

In “Anda Air” noted that since the delay was more than three hours, all the passengers have been fed.

“People are worried and nervous I guess. Well, quite a common situation and there is nothing supernatural no, Thank God, is not broke and all that. Well, there are such things. In each plane, about two to three systems, which replace each other in some situations, but the commander felt that the better he’ll be back,” said “Anda Air”.

Also TSN.ia contacted the press center of the airport “Kiev”, which reported that the delay lasted for about five hours, not three.

“One of the air conditioning systems during takeoff showed the signal that is not sealed cabin. And the commander decided to sit down and go back to solve these problems. And people were fed during this time. The delay was somewhere around five hours. Unit has been replaced the a / C system and now the plane takes off. Was already over the landing. Well, this is such a common situation, I can’t say that this is something extraordinary, it is a technical problem, because it is iron. In this case, the commander must make a decision and go for it, it is not a problem, it is possible in manual mode to carry out during the flight. But the commander was able to return and he returned,” – said the press service.

According to the representative of the capital’s airport, a long delay was due to the fact that the crew and aircraft still need to permit additional flight time to negotiate and so on, and all other technical issues are not time-consuming.

Recall that in Bulgaria at Burgas airport in the departure area for more than a day were 150 passengers from Ukraine without the ability to fly home. Tour operator “JOINUP” and airline “YanAir” reported that the flight delay is associated with breakage of the plane. So the flight was delayed for 20 hours. Among Ukrainian passengers were small children, elderly people, mothers of large families. The night the children spent in the hands of parents.