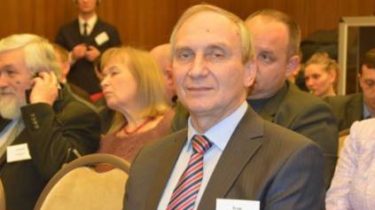 Illegally detained in “DNR” of the famous Ukrainian scientist Igor Kozlovsky moved from Donetsk to Nikitovskaya penal colony No. 87 in Gorlovka.

This was reported by his nephew Dennis Kozlowski, writes UKRINFORM.

Earlier the scientist was in a place of preliminary detention in prison in the city of Donetsk.

The conditions of detention of Igor Anatolievich is not yet known, but according to preliminary information, he is in quarantine (when arrested (convicted) sent to prison, undergoing medical examination, sanitation and awaits distribution in the chamber – ed).

We will remind, in January 2016 scientist Igor Kozlovskogo captured terrorists from “DNR” on false charges, accused of sabotage in favor of Ukraine. Kept prisoner a year and almost four months in the basement, the Tribunal militants decided: to plant the Ukrainian on two years and eight months.