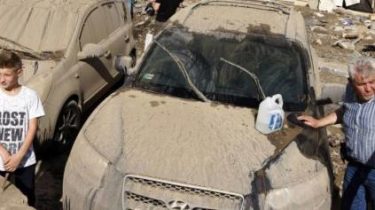 Metropolitan power supply company “Kyivenergo” was recognized guilty for break of a heating main, which occurred may 30 in the Goloseevsky district of Kiev and led to damage of the parked cars and neighbouring houses.

Thus “Kyivenergo” has assumed the obligation to pay compensation to owners of damaged property, UNIAN reports.

This was at the briefing dedicated to the issues regarding the consequences of break of a heating and hot water off in some areas of the capital, said the Deputy Chairman of the KCSA Petr Panteleyev.

“Kyivenergo” reported that they are the guilty party in this process and will cover the costs of unpredictable rests on the shoulders of the people who live in houses or parked their transport,” he commented.

In addition Panteleev added that the mayor of Kiev Vitali Klitschko instructed “Kyivenergo” to adhere to all safety requirements and prevent damage to property during the hydraulic tests in the heating systems of the capital.