Enemy mines near Novotoshkivske and snipers of the enemy in Luhansk. Digest ATO 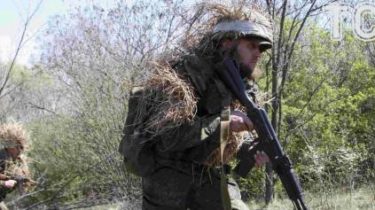 For today the situation in the ATO area is partially stabilized, but on separate parts of the contact line attacks from fighters has not stopped.

Since the early days fighters 10 times opened fire on strong points of the Armed forces of Ukraine. The use of the enemy’s heavy artillery weapons are not fixed. From the beginning of days of losses among the Ukrainian soldiers was not.

4 times the illegal armed groups opened fire on Ukrainian soldiers at this site. In particular, twice under fire from small arms were the fortifications of the ATO forces in the area of the Donets. And near Novotoshkivske, the militants fired at the Ukrainian positions more than a dozen 82-mm mines. There are fixed firing sniper of the enemy.

On this part of the front gangs 4 times fired at Ukrainian soldiers who hold the Fort in the southern suburbs of Avdeevka. The militants used rocket-propelled grenades of various modifications, heavy machine guns and other small arms. In addition, according to one Ukrainian positions were fired by the enemy sniper.

In “LNR” fighters replenish their units of miners, forcing them to go to the military