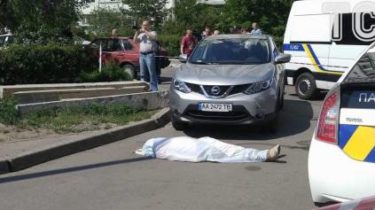 In a residential district of Kiev shot the former head of the state enterprise “Ukrspirt” Victor Pankova. The man received three wounds and died on the sidewalk, according to a story TSN.16:45.

The murder occurred in the morning on Poznyak, when 49-year-old man was walking to his car. Shot of a red Audi, which quickly disappeared from the scene. Forensics found a casing from a bullet of caliber of 9 millimeters. Police say that one of the main is version professional activities of the deceased official.