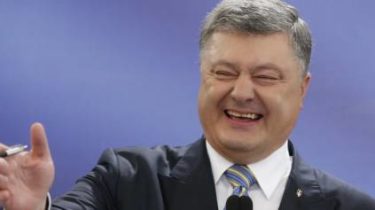 The President of Ukraine Petro Poroshenko congratulated the interim decision of the Stockholm arbitration in the case of “Naftogaz of Ukraine” against “Gazprom”. According to him, Ukraine is a very important decision, as the controversy between the two companies for the first time regulated in a civilized legal way.

“The decision of the Tribunal entitles Naftogaz to demand reduction of the price of gas contract with Gazprom in accordance with the market conditions. Thus, the cost of gas will be determined not by the Kremlin, but only transparent and free market. This is an important step towards energy security. Time loses the ability to use gas as a weapon of political pressure and blackmail”, – said Poroshenko in his statement released Wednesday night.

We are the champions. The head of “Naftogaz” hit Queen reacted to the win in court against Russia

The Ukrainian President noted that the decision of the Stockholm arbitration abolishes the position of “take or pay” and fails to satisfy the requirements of “Gazprom” to pay for gas based on this principle.

“This principle, imposed on Ukraine by Russia irresponsible and adopted by Ukrainian negotiators in 2009. Thanks to him, millions of Ukrainians were robbed of billions of dollars”, – said Poroshenko.

The President also said that Ukraine was and remains a reliable partner in the issue of gas supply to European consumers.

“Gazprom” announced about the arrest of its shares in Ukraine