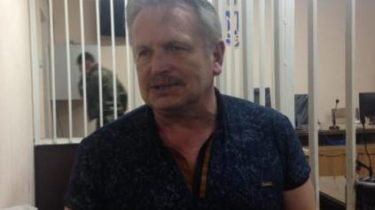 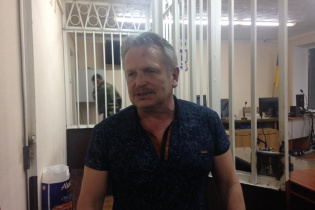 Kreminna district court of Lugansk region met Sergey Baranov that “LC was the Minister of coal industry and energy”.

The main argument was that the prosecution did not provide enough evidence of the involvement Baranova to the creation of the terrorist group, reports “5 channel”.

In court the sheep and his defense proved that the “Minister” he was forced to at gunpoint.

“The court judged Baranov Sergei Alexandrovich accused of committing criminal offenses under part 1 St. 109, CH 2. 110, part 1 article 258-3 of the criminal code of Ukraine. Convicted and acquitted for lack of committing these criminal offences,” read the decision of the judge of the district court Kremensky Valery Kovalev.

The prosecutors demanded to imprison the defendant for 10 years. Prosecutors have already said it will appeal the decision to the appellate court.

It is also noted that in 26 months of investigation and stay in jail twice, changed the prosecutors and panel of judges.

“In may-June 2014 sheep appointed to the position of “Minister of coal industry, fuel and energy”, “LC”. After started execution of the duties of illicit authority “LPR”. Which served until July-August 2014,” – said the Prosecutor of the Luhansk regional Prosecutor’s office Andrey Kovalev.

Thus, after two years and two months in the detention centre Sergey Baranov from the court was released. The Prosecutor’s office has already stated that it will challenge the decision in appellate court.

Earlier, in the Luhansk region detained the informant of militants of the terrorist organization “LNR”. In particular, it is during June – November 2016 on the instructions of fighters collect and transmit information about the locations of moving military equipment and personnel of the ATO.