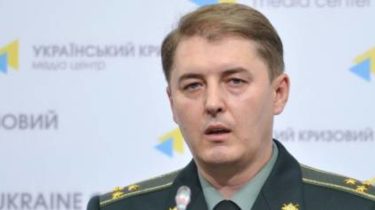 Over the past day in the zone of the antiterrorist operation in the Donbass no Ukrainian military was killed, one soldier died in the hospital.

This was stated by the speaker of the Ministry of defence on ATO Col. at the briefing today, June 1.

28-summer Sergey Mikhailyuk may 30, he received a severe wound in the area of Avdeyevka. As noted Motuzyanik, the military was in critical condition, and doctors Dnipropetrovsk regional hospital Mechnikov up to the last struggled for his life. Military served in the 72nd guards brigade APU.

Motuzyanik also noted that over the past day, may 31, in the area of ATO two soldiers were injured.

Earlier it was reported that during the Wednesday, may 31, fighters of 35 times fired at positions of the Ukrainian military in the ATO zone. They broke the “silence mode”, which agreed to introduce to children.