In the area of ATO extended work schedule checkpoints 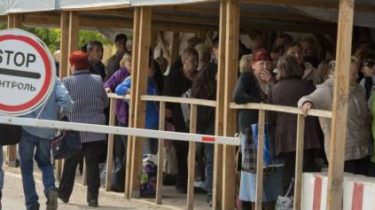 The checkpoints on the demarcation line in the ATO area in the Donbas are switching to summer hours.

Now to cross the KPVV available from 06:00 to 20:00. Working time increased by half an hour due to a large enough number of people willing to cross the line, explained in state frontier service.

We will remind, on Donbass there are five checkpoints – “Maori”, “Marinka”, “Novotroitsk”, “Hnutove” and “the village of the Luhansk”. Every day it crosses more than 30 thousand people and nearly 5 thousand cars.

Meanwhile , militants violated the silence regime in Donbas, who have agreed to put to the Day of protection of children.